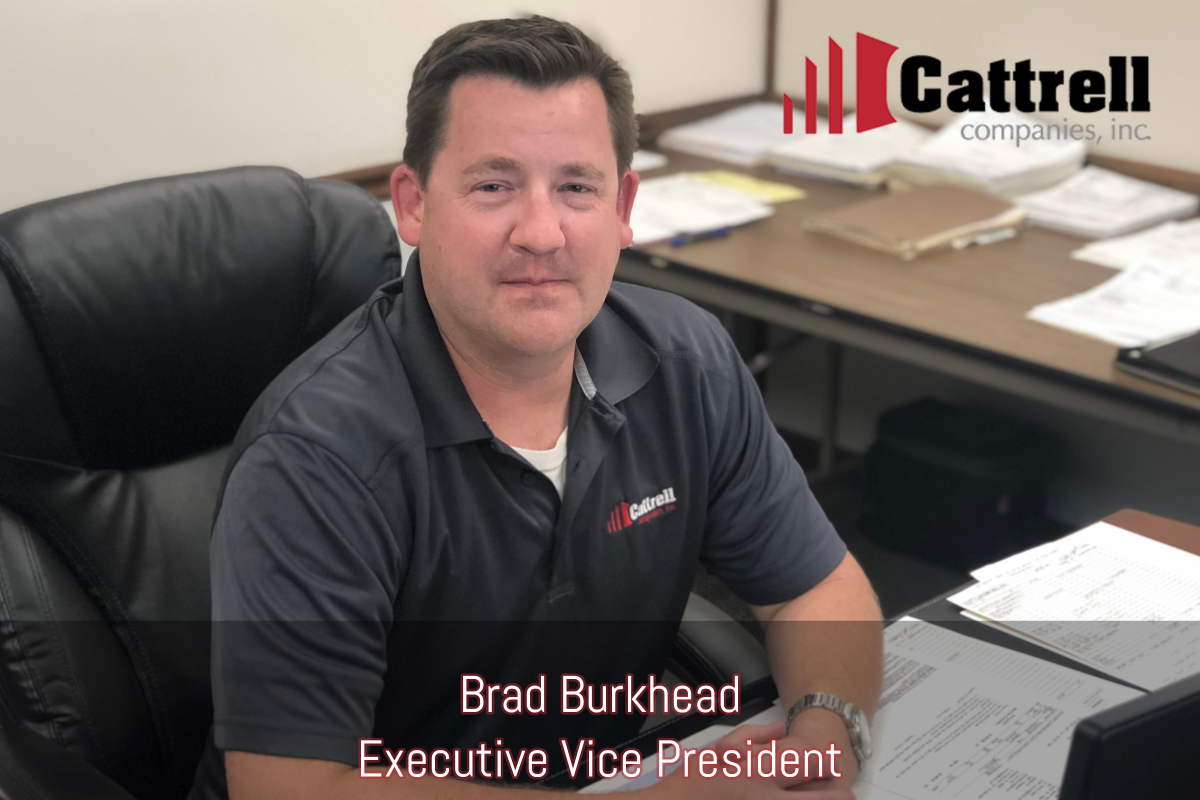 Christine Cattrell Hargrave, president of Cattrell Companies Inc is very excited to announce the promotion of one of their own, Brad Burkhead, to his new role as the company’s Executive Vice President. Brad has been an outstanding Project Manager and Estimator with Cattrell Companies Inc for over 15 years. In addition to his current duties, Brad will be expanding into the management of the company including making decisions on manpower and equipment and placing and accepting project bids. Brad has proven to be a knowledgeable leader and exceptional manager with a clear vision for the continued growth and expansion of Cattrell Companies. After graduating from Buckeye Local High School in 1992, Brad began his career as a mason with a local residential contractor. In 1997 Brad moved into commercial construction working for John Russell Construction where he helped to construct one of his most unique projects, the Fort Steuben Visitor Center and water fountain in Steubenville OH. Brad moved through the ranks from general construction to project coordinator eventually becoming Project Manager for Cattrell Companies in 2004. At Cattrell he became an integral player in some of their bigger projects like, Steubenville City Hall, the Oak Glen Football Field, Weirton Elementary School, Weirton Waste Water Treatment project, and multiple expansion projects for Timet that would include renovations and installations of new equipment, machinery and product lines. Just like Cattrell, Brad is very proud of his local roots and enjoys contributing to the success of those he works with. In addition to his construction skills Brad enjoys spending time collecting and restoring antique cars, riding his motorcycle and boating with his wife of 9 years, Jeannie who is the owner of the local business, Be Spa in Weirton WV. Brad can be reached via email at [email protected] or phone at 740-632- 9355.